We are proud to have been announced as joint winner of the Mid-Market Management Team Award at the national British Private Equity & Venture Capital Association Awards.

The judges said “The management team has executed good growth with a clear acquisition plan in a challenging environment, whilst developing a strong company culture.”

The awards event is the BVCA’s annual showcase of the best UK businesses which are backed by private equity and venture capital. After winning the Midlands Mid-Market Management Team Award earlier this year, we were delighted to hear we were being considered for a national accolade. Hundreds of great companies apply from all over the UK, so competition was tough.

On collecting our award, Phil Thornton, Chief Commercial Officer, said: “It’s an honour for our achievements to be recognised at a national level by the BVCA. We have a great team of over 500 people who I’d like to thank for helping make our business the success it is today. The backing and support of Stirling Square Capital Partners is instrumental in enabling us to achieve our ambitious growth and global expansion plans.”

Phil talks more about just how much we’ve achieved in partnership with Stirling Square in a short video here.

Congratulations to all the other incredible businesses that were presented with awards at the BVCA’s celebratory event. 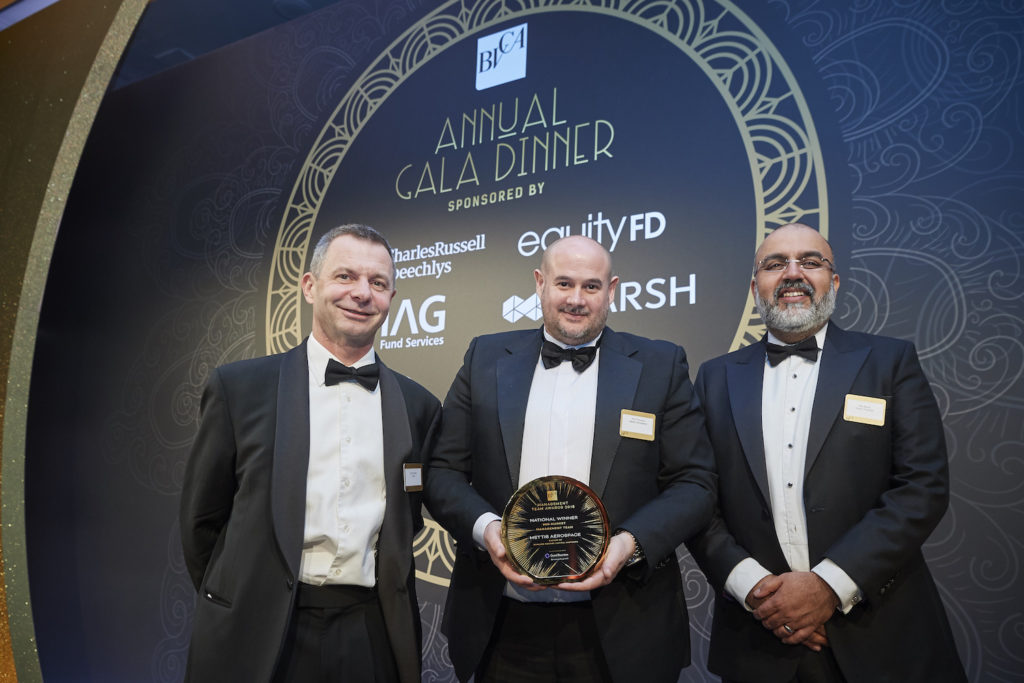 Mettis are Recruiting!Do You, your friends or family members possess the right set of skills to join Mettis? If s… https://t.co/d7yYDxtfJr13 days ago.

Mettis are Recruiting! https://t.co/llGoGi3xpj12 days ago.

Congratulations to our very own @AlanDunbar15 on being awarded the Chartered Institute of Personnel and Developmen… https://t.co/bFRORNmYHD16 days ago.