With so many of our employees living close to our site in the West Midlands, we’re passionate about supporting charities making a difference in our area. Every eighteen months, our employees nominate local charities they’re keen to support and, from a shortlist, we have a vote to decide who we’ll be supporting for the next period.

We’re pleased to announce that our latest partner is Birmingham Children’s Hospital Charity.

Birmingham Children’s Hospital cares for sick children and young people up to the age of 16. It is a world leader in some of the most advanced treatments, complex surgical procedures and cutting-edge research and development. The hospital provides a wide range of services from organ transplants to the treatment of complex heart conditions and is also home to one of the largest child and adolescent mental health services in the country.

Rob Nolan, a conformance engineer, was one of the employees who nominated the charity.

In 2012, Rob’s son was born with Pulmonary Atresia with Ventricular Septal Defect. This meant one of the valves that pumps blood and feeds his blood vessels was closed up. He was rushed to Birmingham Children’s Hospital immediately after he was born and underwent a successful operation.

The family practically lived in the hospital for around a month while his treatment continued. However, the titanium stent he had fitted does not grow with him and so, as he gets older, he has to have more operations to improve his blood flow. He was lucky to make it through his most recent operation. He’s been very brave and always seems to beat the odds.

Rob said: “Birmingham Children’s Hospital has been brilliant with my son and we are lucky to live near such a specific hospital for his needs. Some of the surgeons are among the best in the world.”

In 2013, Rob and eight others completed a bike ride from Lands’ End to John O’ Groats to raise money for the hospital. They completed the ride in 9.5 days, raising around £5,000 in donations.

Now it’s the turn of Mettis’ employees to start fundraising for Birmingham Children’s Hospital Charity. All the activities will be coordinated by our social committee, a dedicated group of employees from across our company. Some of the things that will be taking place throughout the year will include quiz nights, a family day, pantomime and raffle.

Saranne Moreno, Corporate Strategic Partnerships Manager at Birmingham Children’s Hospital Charity, said: “We’re thrilled that Mettis Aerospace has chosen us as its charity partner – thank you to everyone who voted for us. The team should be proud to know that they will be raising money to help improve the experience of the children and young people at our hospital. We’re excited to see what fundraising events the team has planned!” 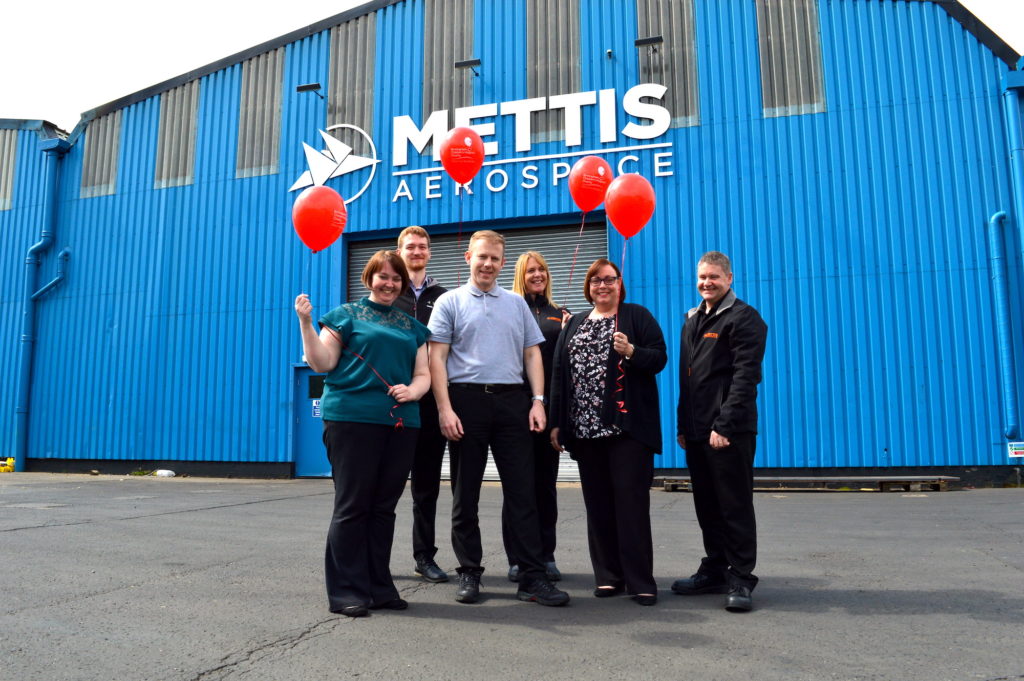