At Mettis, we really value our people and think that team spirit is so important because we achieve our success by working together.

Being a team player was particularly important to one of our colleagues, Steve Revitt, who worked for us for fifteen years until he sadly passed away last year. Among many great things, he’s remembered for not just being a loyal member of our team but being a dedicated supporter of Liverpool Football Club too.

In his honour, last year, we launched the annual, Steve Revitt Outstanding Team Player Award. It enables us to continue honouring Steve’s contribution to Mettis while celebrating apprentices who succeed because they are brilliant team players.

Following a judging process which involved input from our training provider, managers and candidates, we were pleased to present this year’s award to Connor Atkinson who studied a unique apprenticeship to develop expertise in multiple, specialist non-destructive testing techniques including ultrasonic, die penetrant and magnetic particular inspection. He is now a key member of our structural forge inspection team.

Connor received £500 and a trophy recognising his achievement.

Kaye Ward, Head of HR, said: “The judges were impressed by Connor’s enthusiasm and appetite to learn as well as his strength as a team player. That’s why he’s excelled during his four-year apprenticeship programme and stands out. Connor is well respected, leads by example and always strives for the highest standards at work. He is set to go far at Mettis!”

Connor’s manager, Kelvin Beasley, added: “Connor is a key member of the team. He deals with operational issues in a timely manner and sees them through to resolution. He also helps out operational teams when support is required to clear bottlenecks in production.”

On receiving the award, Connor said: “It’s important to me to help out my team and those around me. I’ll jump in when needed and get on with what’s required. I have to be dynamic in my role and it makes every day different. I’m also always looking for how things can be improved in my area, making things better and faster for everyone. I think it’s great that Mettis recognises people who support others.”

Connor has now completed his apprenticeship and has moved up into a tailored training programme that will enable him to become a master non-destructive tester. 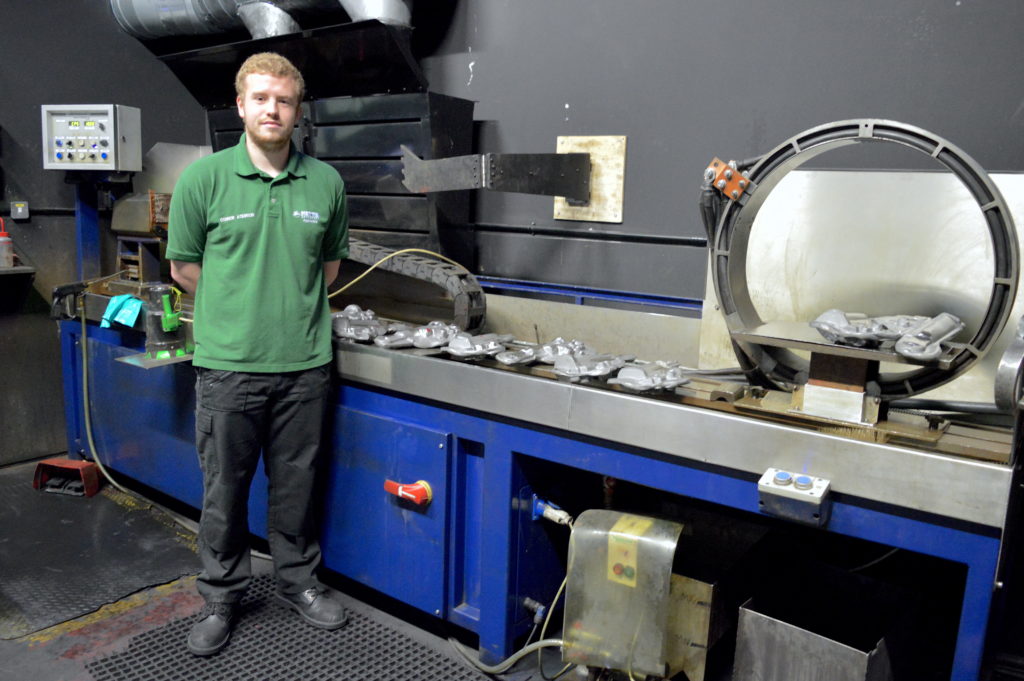