We’re transforming Mettis into a digital factory. As part of our industry 4.0 programme, which has been running for several years, we’ve been introducing cutting-edge business systems, automating production lines and experimenting with new technologies at our site in the West Midlands, UK. We’re now excited to be partnering with the Wireless Broadband Alliance to conduct the world’s first Wi-Fi 6 Industrial Enterprise and IoT trial.

Wi-Fi 6 is the next generation of Wi-Fi.It will have increased capacity, higher data rates and will perform better in environments which have many connected devices.

The industrial trial, the first in a global programme, will enable the use of augmented reality, real-time monitoring of equipment and a host of other applications in an enterprise network environment which will enable us to further digitise our production line.

The operational environment at Mettis will provide an excellent testing ground for Wi-Fi 6 because it is challenging from a connectivity perspective. There is a large geography to be covered and industrial radio interference can disrupt signals. Some applications will require high bandwidth, others low latency and mission critical applications need clear prioritisation for data.

Wi-Fi 6 is well-positioned to support the provision of cost-effective enterprise-level connectivity in an industrial environment, to these standards using the latest security capabilities.

“Wi-Fi 6 is a critical component for the future of connectivity for enterprises, operators and consumers. The work of Mettis Aerospace, the WBA and its members will clearly illustrate the role that Wi-Fi 6 has to play,” said Tiago Rodrigues, General Manager, WBA. “We’re delighted to be working with Mettis Aerospace and are grateful to the Worcestershire Local Enterprise Partnership for inviting us to collaborate with them to demonstrate the capabilities and promote the convergence of 5G and Wi-Fi 6 in heterogenous networks. This first trial will serve as an example to industrial manufacturers around the world who are embracing the move to ‘industry 4.0’ about the capabilities to deliver transformation with Wi-Fi 6.”

“We’re delighted to be the first aerospace company to trial Wi-Fi 6. By working with the WBA, we’re able to gain access to dozens of leading vendors and operators in the Wi-Fi arena,” said Dave Green, Head of IT, Mettis Aerospace. “Industrial manufacturers work in incredibly complex environments, which can make cellular technologies challenging to deploy and operate effectively. We believe that Wi-Fi 6 has a significant role to play within the 5G ecosystem, enabling a range of, cost-effective, industrial applications.”

During the trial, we’ll be exploring the role Wi-Fi 6 can play in the broader 5G ecosystem. The West Midlands region, under the leadership of the Worcestershire Local Enterprise Partnership, was selected to be the UK’s 5G Testbed for manufacturing and security by the UK Government’s Department for Digital, Culture, Media & Sport.

The trial, which we’ll be managing in partnership with the WBA, will be supported by WBA members including British Telecom, Boingo, Broadcom, BSG Wireless, CableLabs, Cisco, HPE Aruba and Intel. It is scheduled to launch in the second half of 2019. 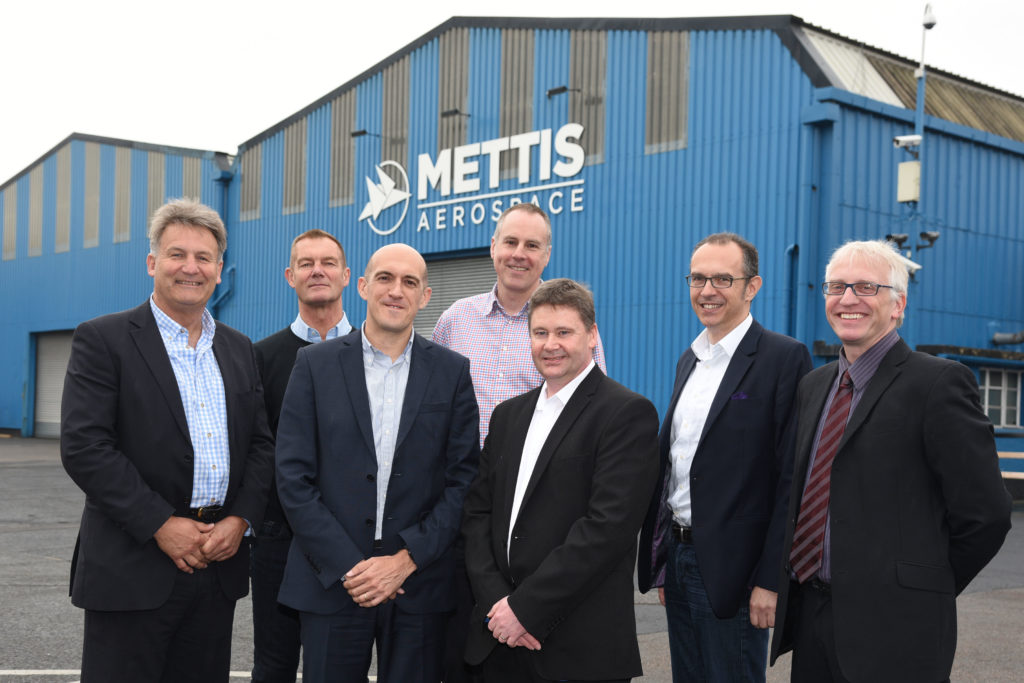 Mettis are Recruiting!Do You, your friends or family members possess the right set of skills to join Mettis? If s… https://t.co/d7yYDxtfJr15 days ago.

Mettis are Recruiting! https://t.co/llGoGi3xpj15 days ago.

Congratulations to our very own @AlanDunbar15 on being awarded the Chartered Institute of Personnel and Developmen… https://t.co/bFRORNmYHD19 days ago.